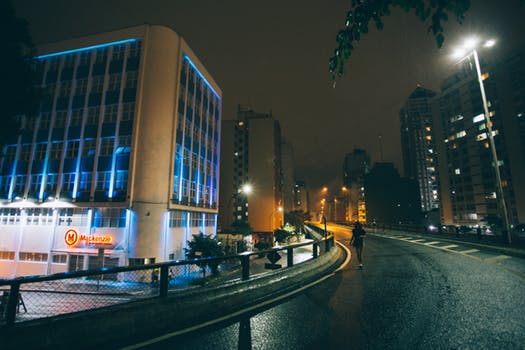 As the days get shorter, many of us who run in the late afternoon/early evening or the wee hours of the morning will be exercising in low-light conditions–sometimes in the pitch-black. Here’s a round-up of running gear that will help you see and keep you visible and safe before the sun comes up and after it goes down. We’ve also included a list of smart safety tips for running in the dark.

A bright headlamp is a great defense against invisibility when you’re hoofin’ it in the dark. What I love about headlamps is that they’re worn at the highest part of your body, so they’re quite visible. There are lots of headlamps out there, and you’ll need to be diligent about replacing the batteries when the light gets dim. I use an inexpensive one I purchased on http://c9d75o88s1kx0pb9har4mj0p54.hop.clickbank.net, and it’s been great.

As brilliant as they are, headlamps aren’t my favorite accessory because I don’t love wearing something on my head when I run (other than a hat or visor, which are lightweight). Frankly, my head is heavy enough. But the great thing about headlamps is most of them are on a stretchy, adjustable band, so you can strap it to your water bottle, wear it around your neck (I’ve done this, and it worked for me), or wrap it loosely around your wrist and hold it in your hand, ready to aim in any direction. You want to have some warning if there’s uneven pavement or a rock on the trail a few steps ahead. They say not to carry things when you run (in case we lose our footing, hands-free is the goal), but….shhhh…sometimes I break that rule. However you use it, a headlamp is a key piece of safety gear in the dark. Don’t skip it.

Another lighting option is Knuckle Lights, hand-held lights that illuminate the way for you. You can carry one or both. I’ve never tried them, but they seem like a good idea, and they give you the flexibility to aim them wherever you want at a moment’s notice.

You can wear reflective bands anywhere on your body (wrists, ankles, upper arms), and they’re better than nothing, but I don’t think they’re as effective as lights or reflective clothing because they can’t provide that much visibility. Every little bit helps, though.

You’re going to don different running clothes every day, so you’ll want to wear something on the outside that tells people where you are. Try a reflective vest, which is perhaps the best way to be seen by drivers. Another option is a “vest” that’s more like suspenders with reflective straps. OK, fashionistas, I’m ready for your protests. You’re not going down the runway at Fashion Week. You’re running, and you want to stay alive. Right? OK then. Put something reflective on.

If you’re running alone in the dark, it’s a good idea to have some martial arts skills or a hand-held alarm–preferably both. For peace of mind, carry something like the Sabre Personal Self-Defense Safety Alarm, which can be heard up to 600 feet away, in case of an attack.

If it’s legal in your state, you can carry pepper spray or mace, and we recommend it if you’re running solo, whether it’s midday or 4:30 am. We wrote about a handy Sabre pepper spray in another running accessories article; it’s convenient for runners because it has an adjustable velcro hand strap.

Be safe out there.

The post Running in the Dark? How to Stay Safe appeared first on RunGeni.